Welcome to the Official Attendee Housing Site for the 6th World Congress on Pediatric, care and Management , scheduled at Tokyo, Japan.
Accommodations will be provided at

Tokyo is Japan’s capital and the largest metropolitan area in the world. It is also one of Japan’s 47 prefectures, consisting of 23 central city wards and multiple cities, towns and villages west of the city center. The Izu and Ogasawara Islands are also part of Tokyo.

Tokyo is a nirvana for foodies and has the world’s highest volume of Michelin stars in a city. Shopping is another highlight – it’s worth bringing an empty suitcase to fill with hard-to-resist gadgets, trendsetting garments and treasures from craft and design stores. And now there’s another reason to visit: the 2020 summer Olympics will take place in Tokyo. As a result, not only is the mood refreshingly upbeat, but a raft of new developments, hotels and infrastructure upgrades are in the pipeline.

Tokyo, the busy capital of Japan, blends the taste of both ultramodern and the traditional ethics picking the glaze from neon-lit skyscrapers to historic temples. Tokyo has also crowned the title as the world’s most affluent city to live in due to its easiest ways of rail and subway networks. The cultural casting of Tokyo is famous for its numerous museums; theatres; festivals; internationally noted cuisines; and professional sports clubs, including baseball, football, along with traditional Japanese crave Sumo Wrestling.

The Tsukiji Fish Market in Tokyo is the biggest wholesale fish and seafood market in the world, and also one of the largest wholesale food markets of any kind. The Tsukiji market holds strong to the traditions of its predecessor, the Nihonbashi fish market, and serves some 50,000 buyers and sellers every day. Retailers, whole-sellers, auctioneers, and public citizens alike frequent the market, creating a unique microcosm of organized chaos that continues to fuel the city and its food supply after over four centuries. It moved to the new Toyosu Market in October 2018.

The Skytree of Tokyo is the highlighted tower for its broadcasting, incredible panoramic views from its restaurant and observation decks in Sumida, Tokyo, Japan. It became the tallest structure in Japan in the year 2010 and is about 2,080 ft by March 2011 that paved its way to achieve the title of tallest tower in the world, displacing the Canton Tower after the Burj Khalifa.

The National Museum of Tokyo is almost grounded with 100,000 important works of Japanese, Chinese, and Indian art, including more than 100 national treasure and was opened in 1938.The museum includes highlights of numerous Buddhist sculptures from Japan and China from the 6th century to the present hinged with collection of old textiles, historical weapons, and military equipments, historical Japanese clothing as well as Asian ceramics and pottery and many fine examples of calligraphy.

According to the GNR, Japan contributed US$2 million in 2015 in nutrition-specific spending. Comparing Japan’s overall engagement in nutrition with other donors is difficult as the country does not report its nutrition-sensitive interventions to the Global Nutrition Report along with its nutrition-specific information, due to reporting issues. This data is expected to be available in time for the release of the next G7 Financial Reporting on Food Security and Nutrition, due in December 2018.

Japan has pledged a total of US$20 million to the ‘Scaling Up Nutrition’ (SUN) Fund, an initiative encouraging countries to mobilize and scale up resources for nutrition globally. for the 2016-2019 period.  Funding is channeled through the World Bank’s International Development Association (IDA). 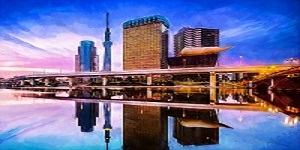 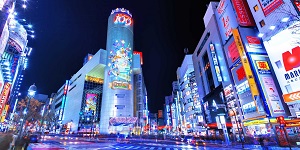 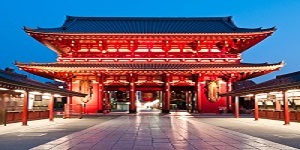